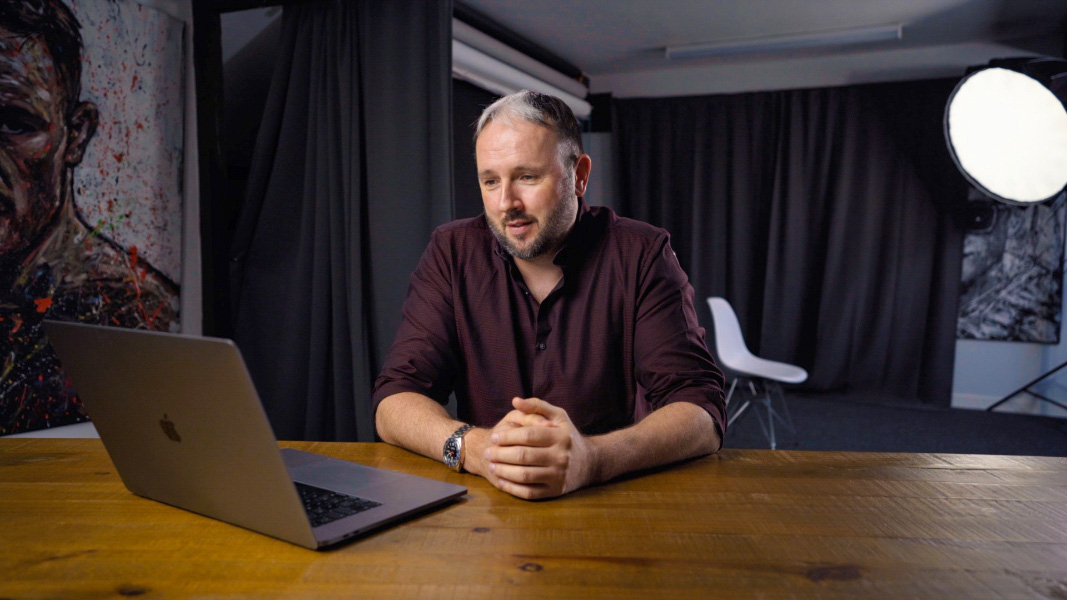 Meeting Up With Josh Gudgeon, Get Your Media

Josh Gudgeon was born and bred in Yorkshire. At 17 he joined the Navy and worked his way through the ranks to Royal Auxiliary Fleet Officer Engineer. At 25 he left the Navy and set up Leeds-based content creation agency, Get Your Media, a company that now has a six-figure turnover.

I spoke to Josh about his company, the impact of COVID-19 and how his time in the Navy set him up for becoming the Director of a successful creative agency.

Whilst growing up in Yorkshire, Josh enjoyed being creative – and he left school to join a college art course. However, at 17, he decided he wanted to absorb different parts of the world and so he joined the Navy as a motorman. Within a couple of years, Josh had worked his way through the ranks and at 20 was enrolled at the Britannia Royal Naval College in Dartmouth, Devon to complete his officer training. He said that it was “like Hogwarts – it was crazy for someone from a little town near Leeds to go to the Naval College; it’s where royals go”.

After passing out, Josh returned to sea as a Royal Auxiliary Fleet Officer Engineer. Over the next three years, he was deployed to numerous far-flung locations, including the Caribbean and South Africa, picking up a range of skills and experiences on the way.

From ships to a creative agency. What was the catalyst for this move?

I was curious to find out what sparked the move from the sea to running a creative agency. Josh explained that whilst at sea he had had time to pursue hobbies. He continued to be creative, mostly working on his camera skills. But in 2018, after almost 3 years as an officer and over 7 years in the Navy, Josh wanted a new challenge. So, he left the navy and ‘jumped in at the deep end, feet first’, launching ‘Get Your Media’ in Leeds.

Are there any similarities between being an officer to working in the creative industry?

It might be hard to see any links between being an officer at sea and running a successful creative agency, so I wanted to explore this with Josh. I asked him whether he thought there were any similarities between the two careers and to see how his time in the Navy had set him up to run a successful business. Without even a pause for thought, Josh said: “Leadership and diplomacy are important to being an officer and running a business. In the navy, being a good leader is important to keeping people safe, and in business, leadership is important to get things done well”. He went on to explain that “The art of conversation is also important, but it is lost in society today, and being able to communicate is key to life and a good business. That is something that was also key to being an officer”

Do you have any tips for others looking to start out in a new career?

Starting a new company is no mean feat, and not something everyone can do, but with so many people now looking to retrain and do something different, I wanted to see what tips and advice Josh had for other people looking to start out in a new career. He explained that “Now more than ever, there is so much free information out there, like on YouTube. We have so many free hours. We need to make the most of that. I am generally obsessed about learning. Before I launched Get Your Media, I’d done lots of research. I’d looked into reality TV shows like Gas Monkey Garage and tried to find out what made these series do well.”

What is the main factor in achieving such an impressive turnover in just two years?

Despite launching Get Your Media less than 2 years ago, the company now has a 6 figure turnover. What did Josh think had enabled such an impressive achievement. He explained that it was largely down to “building the story, as this breaks down the barrier between the business and consumer….. outbound marketing is falling by the wayside. The consumer does research before they get there. They are armed and know what they want.” Realising this, Josh explained that he now sees content as a digital asset that helps to build the customer relationship. In the first few months of Get Your Media, Josh started a podcast, A Millennials Guide to Business, which he told me was an opportunity to listen and learn, to learn from other people and to build networks.

I like video content because it gives you a window into the person behind a company. Did Josh agree! He said “Video content allows a relationship to build. It is not about selling. Video adds value. It is important to give as much information away as possible. YouTube is great. It is the second largest search engine and offers a place to store evergreen content, content that can be used over and over”. In addition to Josh’s personal YouTube channel, which now has over 2000 subscribers, video is the bread and butter of Get Your Media. Unlike most marketing agencies, the company “Doesn’t promise a return on investment, but we do provide content that can be used again and again. And content that can make a difference. A good example is Spartan Forklift Trucks. The video went out on a Friday or Saturday. And by the next Friday it was driving sales.”

There is so much uncertainty currently, so there must be many people who are pondering on their future careers. Have you had to adapt to accommodate this uncertainty?

As a YouTuber, and someone with a growing following of people interested in business and starting a new career, I wanted to see what Josh had been doing to accommodate the uncertainty that we are all living with. He explained that when the lockdown hit, “Instead of looking straight to selling, I launched the podcast for a second season. I focussed on finance and money, asking the experts what they advised. It was great. It put the brand out there and also shared some good information.” So, the podcast was not only a good way for Josh to network and build his community, but it was also offering valuable advice. In addition to the podcast, Josh said that he also “doubled down on YouTube. I wanted to build my personal brand. I made the most of the time. I think this is the never give up mentality. I always want to be learning.”

How has the pandemic affected you and Get Your Media?

As a creative agency that had worked predominantly in sports and events, I thought that the lockdown would have hit Josh and Get Your Media pretty hard. Josh said “Initially, the lockdown had had a big negative impact. We are an events company predominantly, and so we lost all our work”. I had a feeling that Josh is a positive thinker, so that he and his team would not have been down for long, and I wasn’t wrong.

Josh said that when we went into lockdown in March, he went back into military mode. “We were deployed for 4, 5 or 6 months at a time. Lockdown was just like Sunday at sea, but with Netflix and Wi-Fi, so it was relatively easy for me to cope”. He explained that although things had been hard initially, he “learned to adapt. I learn at every opportunity. There is so much information out there. I made the most of the extra time. It was a blessing in disguise for me and the company. It gave us the opportunity to re-evaluate”.

And for Josh personally, the lockdown gave him time to pursue other hobbies. “I went running again. I started with a 5km challenge. Then I did 100km in one month. And then I did a half marathon. It didn’t take long to get really into it. I then bought a bike”. As someone who loves to run and be outside, I can understand why, like so many other people, Josh decided to start running during the pandemic.

You have, potentially, a long career ahead of you. Do you see what you do now sustaining your interest long term, or do you already have other plans?

After switching so dramatically from a career in the navy to running a creative agency, I was interested to see if Josh had any other plans for moving on to pastures new. But, when I asked if he was looking to move, he was adamant that Get Your Media is “for the long term. The team is growing. We are now looking for a creative lead.” He did however say that he is looking to redirect, at least some of his energy to YouTube because it is generating revenue. Josh’s vision for YouTube is to take people “behind the scenes, to see what it takes to make videos”. He will also keep working to build Get Your Media, and is planning to grow his personal brand alongside the company, so that they can work in tandem.

Josh is obviously a man with a clear plan and the determination and confidence needed to make the plan a reality.

Got a question? Drop us a message.

Thank you! Your submission has been received!
Oops! Something went wrong while submitting the form. 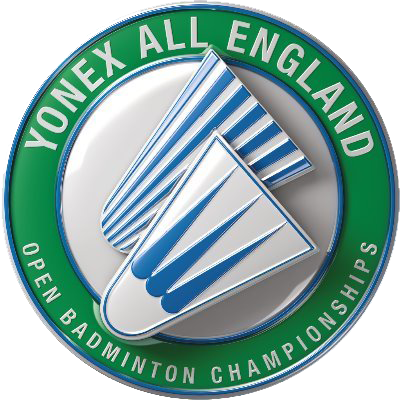 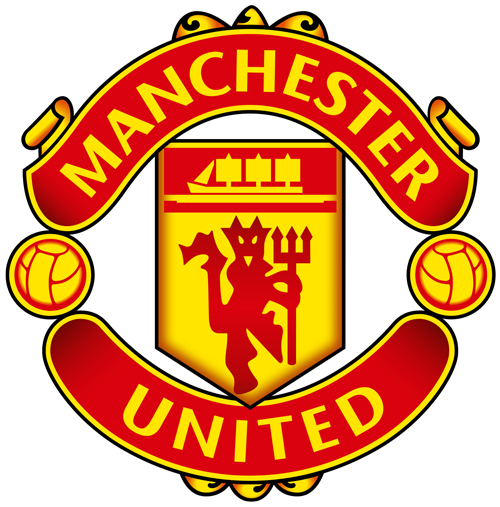